‘It’s About Time.’ Museums Make Bids for Their Communities 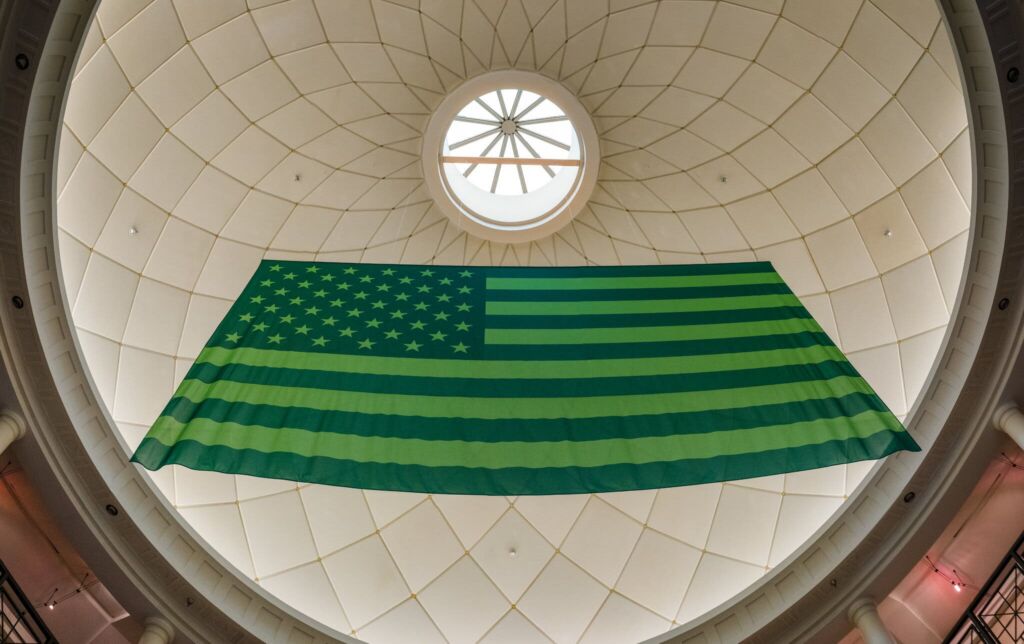 ‘It’s About Time.’ Museums Make Bids for Their Communities

Around the country, museums are accelerating efforts to bring in larger, more diverse local audiences.

This article is part of our latest special report on Museums, which focuses on reopening, reinvention and resilience.

This is an existential moment for museums across America, with many facing yawning budget deficits alongside calls for deep structural change — and visitors only trickling back through their doors as the pandemic’s chill on cultural life slowly lifts.

For some directors of small and midsize museums, the events of the last 12 months have given fresh urgency to their outreach initiatives — particularly to Black communities — and their efforts to make their collections relevant to a restless and reform-minded younger generation.

“In a difficult year, people wanted a vision,” said Adam Levine, who took the helm at the Toledo Museum of Art in the middle of the lockdown last May, and where a total overhaul of the institution’s strategic plan is now underway. “People wanted something to be excited about for the future.”

Mr. Levine has laid out a road map for the museum to become what he calls the “model museum in the United States,” one whose collection reflects the demographic makeup of the country, and where people feel “a sense of comfort and psychological safety in every interaction with the institution’s brand on-site and off-site,” as he put it.

Buoyed by increased donations, as well as savings from canceled programming and two federal Paycheck Protection Program, loans, Mr. Levine is adding curators and educators to his staff to support his plan to map U.S. census data onto the collection to identify gaps and — perhaps most crucially — build relationships with five Toledo ZIP codes least represented among the museum’s visitors, like the Junction neighborhood, which is home to a predominantly African-American community.

An arts program in the Junction neighborhood of Toledo sponsored by the Toledo Museum of Art with the support of a local pastor.via The Art Tatum Zone

One of the museum’s educators will collaborate with Dr. Calvin Sweeney, pastor of the Tabernacle, a church in the Junction neighborhood, to create weekly after-school art programs there and lead members of the congregation on trips to the museum.

The museum is also partnering with a Black-run financial institution, Toledo Urban Federal Credit Union, to offer financial literacy training — the skill most requested by its members — to parents alongside the museum’s after-school programs.

Similar efforts to expand and diversify local audiences are taking root at other institutions across the country, like the Philbrook Museum of Art in Tulsa, Okla., where a museum-wide exhibition is exploring artistic responses to racial violence in the United States, including the Tulsa Massacre, which has its centennial this year.

The exhibition, “From the Limitations of Now,” is accompanied by a constellation of community engagement projects with Black-led organizations, Tri-City Collective, Fulton Street Books, and Silhouette — a sneaker shop in Greenwood, or Black Wall Street as it is better known.

The idea for the exhibition originated with Quraysh Ali Lansana, a Tulsa-based author and academic who is a founding member of the education group the Tri-City Collective. In 2019, he called on the Philbrook — which is in Tulsa’s wealthy, white South Side — to mark the centennial.

Mr. Lansana said it was important to him, and to Black Tulsa, for institutions on the South Side to acknowledge the day in 1921 when white mobs burned down Black Wall Street.

In Texas, the San Antonio Museum of Art is hoping to “build more bridges,” said the museum’s head of education, Bella Merriam, through partnerships with San Anto Cultural Arts and the San Antonio African American Community Archive and Museum this summer. Together, they are commissioning local artists to create three public murals in response to artworks on view at the museum, including Archibald Motley Jr’s “Bronzeville at Night” (1949).

In Maine, the Colby College Museum of Art has been working with an arts advocacy organization, Waterville Creates, to deliver art kits to thousands of local families, in effect “reaching homes of people who we wouldn’t reach otherwise,” said the museum’s director, Jacqueline Terrassa.

The museum’s new Bob Thompson retrospective, opening this summer, will underline the ways art can support social justice. The organizers are partnering with local criminal justice reform groups to use a restorative justice curriculum created by Brooklyn Museum educators around its Thompson painting, “The Judgement” (1963).

And at the Munson-Williams-Proctor Arts Institute in Utica, N.Y. — a city with a large refugee population, where more than 40 languages are spoken in the school district — a traveling exhibition of work by Emma Amos on view this summer will be accompanied by a permanent collection exhibition of works by Black artists, “Call and Response,” featuring community members’ written interpretations of the works.

The initiative is a product of the Munson-Williams-Proctor’s advisory panel known as the African American Community Partners, which includes a pastor at the city’s oldest A.M.E. church. The group has been meeting since late 2019 to guide new collection acquisitions and exhibitions. But, the director, Anna Tobin D’Ambrosio, said the events of 2020, “have given us a greater sense of urgency in reaching out to the people who live in our city.”

“The Judgement” by Bob Thompson is the subject of a restorative justice curriculum being presented at the Colby College Museum of Art.via Brooklyn Museum and Michael Rosenfeld Gallery, New York

Peter Linett, a cultural consultant who is involved in a national research project looking at Americans’ relationships to cultural organizations in times of crisis, said that museums, which are European in origin, have much further to go in adapting to the moment.

“Most museums haven’t gotten beyond the content side of it,” he said. “They’re talking about what’s on the walls, what’s on the labels. They’re not grappling with the form, the very essence of museum-ness.”

Melody Buyukozer Dawkins, has been co-leading one phase of the study that looks at Black adults’ engagement with cultural organizations. She said that while the content matters — some of the individuals she spoke to expressed a desire to see less reflection of Black trauma and more sources of joy, for example — it shouldn’t necessarily be museums’ primary concern.

Dr. Buyukozer Dawkins suggested that participants might feel a stronger bond with cultural institutions if they saw them as a consistent source of support. If cultural organizations were to offer community services, she said, “becoming really embedded, and visible, in their communities, they would become more memorable for people.”

For museum partnerships with community organizations to be productive, Mr. Linett suggested, they need to be deeply collaborative. “Ideally, there’s a cultural exchange,” he said. “The museum is learning as well. The museum is not just exporting its own behavioral assumptions, its conventions of participation.”

He added that the “formal, corporate and beautiful” spaces of the mainstream art world aren’t helpful in welcoming communities that have been excluded.

Mr. Levine, of the Toledo Museum, was quick to note the steep climb his institution faces in creating the atmosphere of “belonging” he is striving for, even when the institution is in the thick of the urban landscape. “Our main building is a 250,000-square-foot Roman temple,” he said. “It is not terribly inviting.”

Much of the museum’s outreach initiatives will take place off-site, using an approach that “marries educational activities with the discipline of community organizing,” he said. The after-school programs that Dr. Sweeney will develop alongside Toledo Museum’s educators will be replicated within the museum’s education center, so that the collaboration is felt in the fabric of the museum itself, shaping its educational practices.

The response from community organizations so far, Mr. Levine said, has amounted to: “It’s about time.”

Dr. Sweeney said he hoped the art-making lessons in the church and trips to the museum would create space for families in his congregation to express themselves and feel a sense of community, “something that is desperately needed in the times in which we find ourselves.” He said he believes the collaboration will broaden the perspectives not only of the participants, “but also of the museum staff.”

For Amy Gilman, director of the Chazen Museum of Art in Madison, Wis., the lessons of the pandemic have been partly about the need for transparency and accountability.

Ms. Gilman has embarked on what she said is a pilot project for the Chazen, a multiyear research initiative with the artist Sanford Biggers and the MASK Consortium to study a sculpture in the museum’s collection, Thomas Ball’s “Emancipation Group” (1873), which portrays Abraham Lincoln standing, poised and patriarchal, over an enslaved man. A version of the work was removed from public view in Boston last year.

Mr. Biggers will create a counter-monument and a related exhibition in 2022, but the artist and Ms. Gilman hope it will grow much larger in scope, inviting community feedback and including a public research forum planned to unfold later this year. “I imagine we are going to learn enormously over the next two years,” Ms. Gilman said. “I cannot predict where we will end up,” she added. “I believe the journey is the most important thing we are doing.”
Share
0