I recall interviewing as a candidate for director positions, and “What is your vision?” was the most common question. The question requires candidates to take their limited knowledge of an institution and spin an ambitious fantasy out of the barest of understanding, as if a “vision” could suddenly emerge like Athena, fully formed from the head of Zeus.

I have found that the job of museum director is less about fantastical visions and more about defining practical objectives and choices for the entire institution and its constituents. The objectives are place-specific, and cannot be known in advance. As directors we must keep envisioning at the 1000-foot view, but unless we can ground that view in pragmatic examples that help our teams link aspiration to action, the 1000-foot view remains an elusive and frustrating dream. Being a director requires understanding process and articulating how to manage change, evaluate the institution, and develop staff and community partners thoughtfully.  These steps, over time, will realize goals even more exceptional than one could have predicted.

While recognizing that every museum has its own unique challenges, audiences, and possibilities, I’d like to share three of the ways the Chazen is starting to interrogate and experiment with our approach to realizing the museum’s mission.

Imagine for a moment everyone in the organization prioritizing one or two goals each year concerning diversity, equity, inclusion, and accessibility. How far can an organization shift if everyone on the team becomes responsible for actionable items in their own area? Small steps, accumulated, make a huge difference. We have implemented this process at the Chazen for the first time this year. Already, it is changing the way some staff view their portfolio of work and how it’s critically linked to our strategic goals.

Providing multiple access points to the Chazen’s wide-ranging collection is central to our mission to serve campus and community audiences. Among our diverse holdings is a pedestal-sized, marble version of “The Emancipation Group” (1873), by Thomas Ball. A collaborative project created with artist Sanford Biggers and the MASK Consortium, entitled “RE:mancipation,” will study this sculpture and its complex history while cultivating a more nuanced understanding of our nation and ourselves. This important work cannot be solely institutionally driven, it must be conducted in partnership with artists, and the results of such projects should influence how we approach all collection display and interpretation. 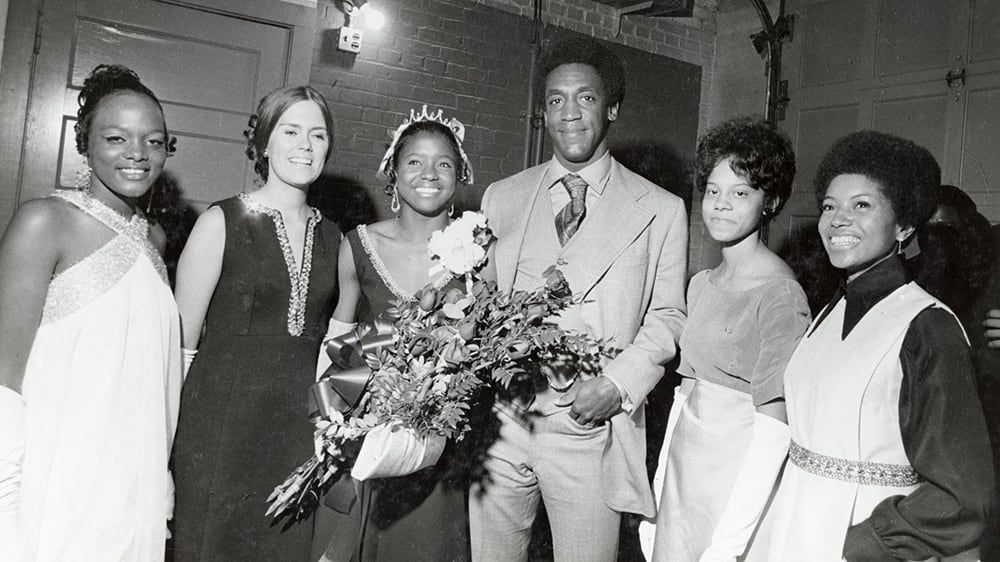 The 1969 Homecoming Court. Carolyn Williams, the first Black Homecoming Queen, is 3rd from the left. They are pictured with Bill Cosby who headlined a stand-up show at the Field House to kick off that year’s Homecoming weekend. Courtesy UW Archives.

The reluctance of BGLOs to participate in mainstream campus activity did not result in a complete boycott. Rather, the BGLOs actively worked to reform these mainstream activities while simultaneously hosting their own events, evidenced by the election of Carolyn Williams as UW–Madison’s first Black woman as Homecoming Queen in 1969. Carolyn Williams was sponsored by Kappa Alpha Psi Fraternity, Inc. who hosted their own vote alongside the Homecoming committee’s vote to ensure that the final election count was not tainted.[4] Even in participating in existing structures, Black students felt they could not trust the university’s intentions. The election of Carolyn Williams was discussed by some students as “a step towards improvement” regarding the race relations on the campus.[5] This student interpretation of progress is slightly misleading, however, as the election was only accomplished through an immense push by the Black student community, and even then, their distrust of the primarily white student body to honestly participate is evident in their double-check of the vote. The BGLO engagement with mainstream campus activity was limited to reformative purposes. Until the white campus community tried of their own will to welcome Black students into the community, this limited interaction with campus-wide social activity and the separate institutions crafted by BGLOs would necessarily remain. 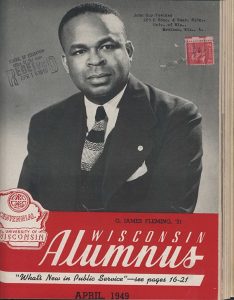 For the larger part of UW–Madison’s existence, only white fraternal organizations were established on campus. There are very few instances of Black students attempting to join a fraternity before the establishment of Madison’s first Black fraternal organization. In my own research, I have only come across one. But this one instance demonstrates the veracity of discrimination within white fraternal organizations that bore the necessity of the BGLO. In 1932, UW–Madison student James Flemming was urged by university leaders to join the national honors speech fraternity, Delta Sigma Rho. Flemming, a Black student and decorated speaker and debater, was denied membership based on his race. Delta Sigma Rho kept an anti-Black provision within their constitution which prevented the Madison chapter from admitting Flemming. While both the university and the local chapter petitioned the National organization to rid itself of this racist clause, the National fraternity did not budge, and they subsequently dropped the issue.[6] The unwillingness of an honors fraternity to part with its history of racism left little hope for traditional social fraternities whose function was decreasingly scholarship and increasingly social.
The prejudices of UW–Madison’s fraternal system were challenged 17 years later. In the fall of 1949, the first Black student was pledged into a white fraternity at UW–Madison – Phi Sigma Delta. Weathers ‘Sonny’ Sykes was welcomed into the Jewish fraternity whose members, when questioned, stated they “came to see him as a man, rather than as a color, and it was on that basis that ‘Sonny’ was suggested and discussed for pledging.” In this discussion, the pledging of a Black man was not at all overlooked, rather it was a severe deduction from Sykes’ status as a potential pledge. Over more than five hours, the members of Phi Sigma Delta discussed Sykes’ character and the implications for their chapter in the pledging of a Black man. To Sykes’ luck, “in the final weighing, the positive factors over-balanced the negative ones.”[7] Each student, deciding that pledging Sykes was worth breaking past precedent, voted to admit Sykes into their social fraternity. The milestone of this event even made it into local newspaper coverage. When questioned by students on why this event was covered in the news section, rather than being published in the social section, The Daily Cardinal responded that “when the time finally arrives that the pledging of a Negro to a white fraternity is not an unusual event and can be handled on the society pages in the routine way, a great goal will have been achieved. But until that goal is in sight, each milestone is news and must be recorded as such. Every innovator, from Archimedes to Henry Kaiser gets a lot of publicity.”[8] The pledging of Sykes was clearly a newsworthy event. 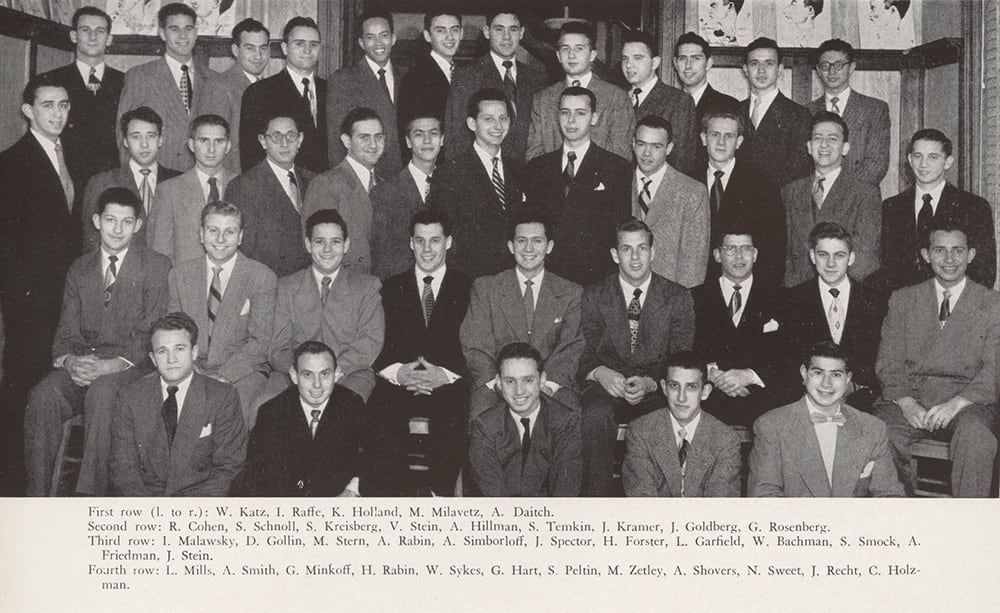 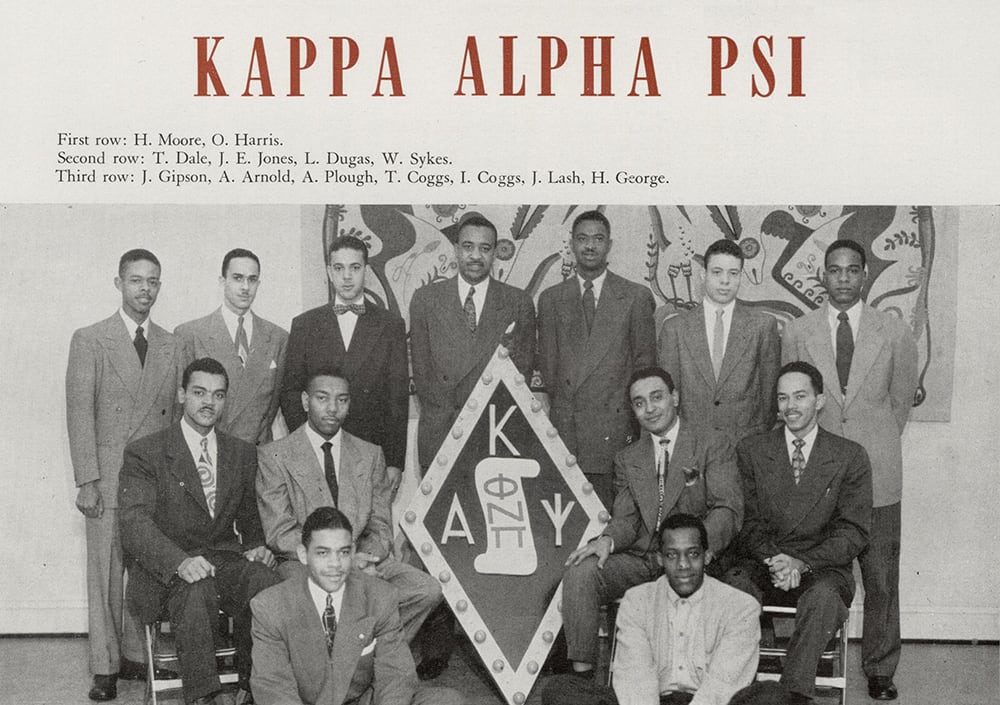